This ginkgo tree on the west side of Beaumont tower can be traced back to 1865. These trees are native to China, and while they are widely planted now, at the time of this planting there were not that many planted in North America. A sapling was sent to Michigan Agricultural College (MAC, now Michigan State University) professor from Asa Gray of Harvard University. Professor Gray was the most influential American botanist of this time. Professor Beal was a student of Professor Gray’s from 1861 to 1863 and would later arrive at MAC in 1870. 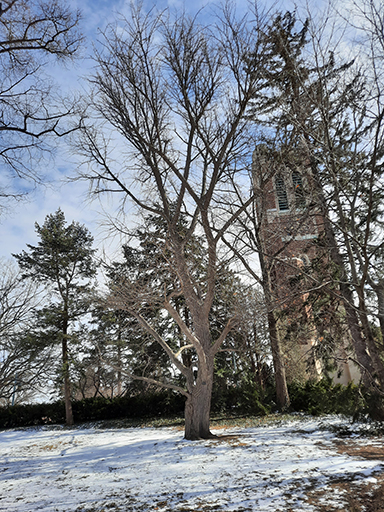